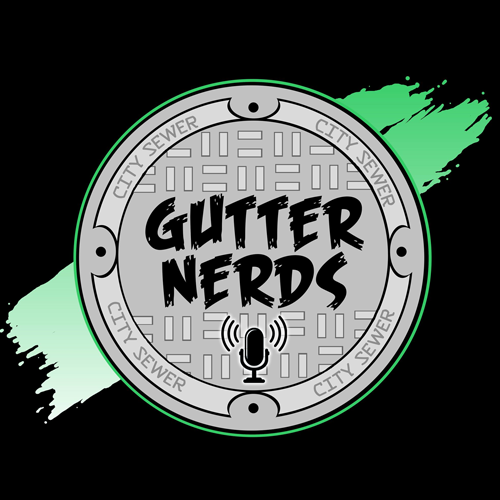 While at the ‘Let’s Play Gaming Expo‘ on August 6th, I got the chance to have a great little interview with the Gutter Nerds, a group of like-minded Twitch streamers and gamers. At their booth, I got to sit down for a chat with Steven, often the public face of the Nerds. Everyone was great, and I enjoyed perusing their merchandise and picking their brains. Below is a lightly-edited transcript of our conversation.

So tell me about yourselves.

My name is Steven. Our channel is Gutter Nerds, and this is Sarah. She mostly does the behind-the-scenes stuff. She runs the show, really.
And this is byroniccommando on Twitch and Twitter. I (Steven) run the Gutter Nerd’s social media stuff while Sarah’s running the show.

It’s awesome to meet all of you. So, what would you say is different about y’all’s podcasts versus other gaming podcasts?

I think we take the time to delve into concepts at length. Instead of doing, say, lists of our favorite things, we tend to take something like, you know, ‘what was effective about this music score for this particular game; what is it about the interpersonal relationships of characters in gaming that resonates with us on a deep level.’ I think the fact that we try to spend such length on a topic is what makes us different.

So if I were to go to your podcast and start listening, would you recommend listening from the beginning, or finding a particular one, or…?

And how long have y’all been the ‘Gutter Nerds?’

We’ve been Gutternerds since January (2017.) We were Angry Cuddles for five years before that, but we had to change.

Are you all the same people you started with?

Cool. Okay, and what’s been your most positive experience doing your podcast?

I think the change of name was a pretty positive experience. *Laughs.* But from a non-technical standpoint, one of the greatest experiences is we get to meet and interview game developers every now and then. For example, we interviewed someone who worked on Mafia 3, so we got to learn the ins-and-outs of the development process from her, and that was just super fun.

That’s awesome. Now, what would you say is the best part of the gaming expo today? Anything you like here?

Here at the Expo?

There are some really cool retro game sellers, and I think my favorite thing was that they have a Nintendo Playstation, as in the console that Sony was making for Nintendo twenty years ago, operable and playable, and that’s a pretty unique experience.

That’s awesome! *Turning to Sarah, who is nodding* Do you agree; that’s your favorite as well?

Well, it’s getting really loud in here, but it was fantastic meeting you, and thank you for giving me an interview! I’ll be sure to check out your channels.