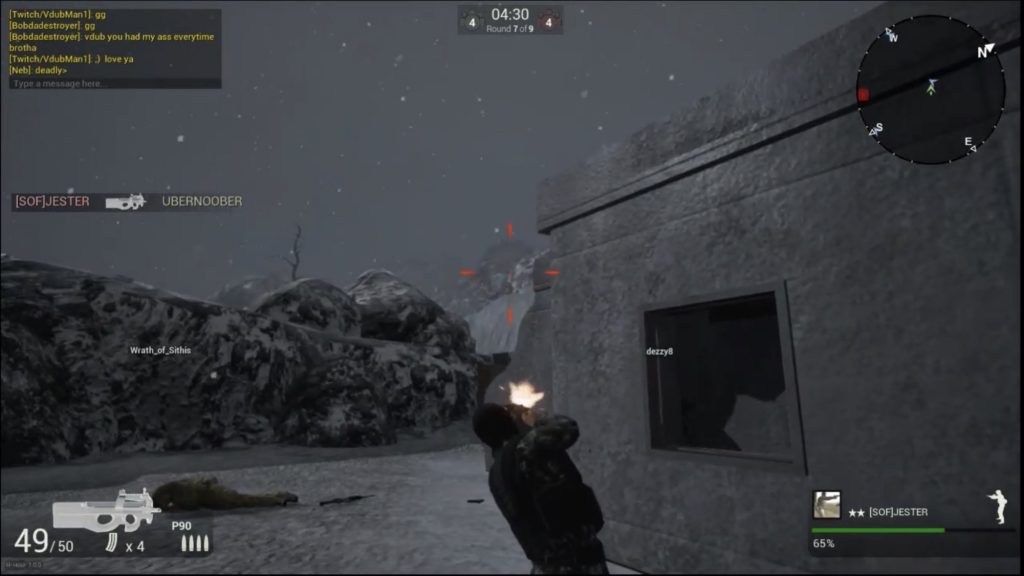 H-Hour: World’s Elite is a third person tactical shooter developed by SOF Studios. The game has been out for a few years now in Early Access for Steam. This title has come along way from where it was and looks to capitalize on this drive into the title’s future.

H-Hour is a game that was to be a spiritual successor of a former franchise that many may know from the PlayStation 2, PlayStation 3 and PSP eras. SOCOM: US Navy Seals was a first party franchise exclusive to the PlayStation brand. The franchise would grow to be well known for its competitive multiplayer third person tactical shooter experience. It’s community alone was huge and even formulated its own clans and clan wars. However, after SOCOM 4 the original studio Zipper Interactive would go and no word of SOCOM in the gamin industry was heard.

The SOCOM community has held strong and has even spoke out for another title even if that title would simply be an HD remaster if the original SOCOM II. But still PlayStation has had nothing for its SOCOM fans. SOF Studios however, heard the call and sprung into action.

Maps like Desert Raid and Catacombs pay homage to past SOCOM maps like Desert Glory and Requiem respectively. Other past maps are also found in H-Hour such as Sujo or are in the process of being implemented into the title. Sujo itself has an Easter egg street sign labeling two SOCOM titles. Original game modes like Escort and Breach are also present in the title, along with memorable weapons like the M4A1 Assault Rifle, PMN Mines and UMP sub-machine gun. To add to this, the H-Hour community has also been allowed to build maps playable for the title and I really hope this continues in the future of the title.

Recently SOF Studios released two videos (videos found below) showcasing their progress over both March 2018 and April 2018. The title is also in the works to be available on the PlayStation 4 platform in due time. This alone is great information for any original SOCOM fans who may already own a PlayStation 4 console and probably been patiently waiting for the next big SOCOM release.

Now honestly I just recently was able to buy myself a gaming PC and was finally able to get my hands on a copy of H-Hour: World’s Elite. For $10 on Steam, as a SOCOM fan you can’t go wrong. The game is definitely SOCOM to its core, delivering very memorable SOCOM vibes. However finding full rooms can be hit and miss at certain times, since players are not always present throughout the day’s entirety. Also in my honest opinion I do feel the title can use some polish graphically and on animations. Otherwise, SOF Studios definitely has something great on their hands.

I do have a strong believe when H-Hour: World’s Elite hits the PlayStation 4, it will be closer to the fans that have held dear to PlayStation since the PS2 era. As long as SOF Studios handles the port, advertises and makes proper adjustments correctly; the title should see a significant increase in popularity on the PlayStation 4 platform especially from the SOCOM community. Also if they maintain that $10 price point, it may even grab extra attention from any gamers on a budget because $10 is a steal nowadays for a video game in this day in age where new games are usually $60 a pop.

What do you think about H-Hour? Have you already experience the title?…What’s your opinion on it? If your a PlayStation 4 owner or even a SOCOM fan, will you buy the title when it hits the PS4 platform? Leave your comments below. For more on H-Hour: World’s Elite and everything gaming, keep it locked right here on MagGamer.