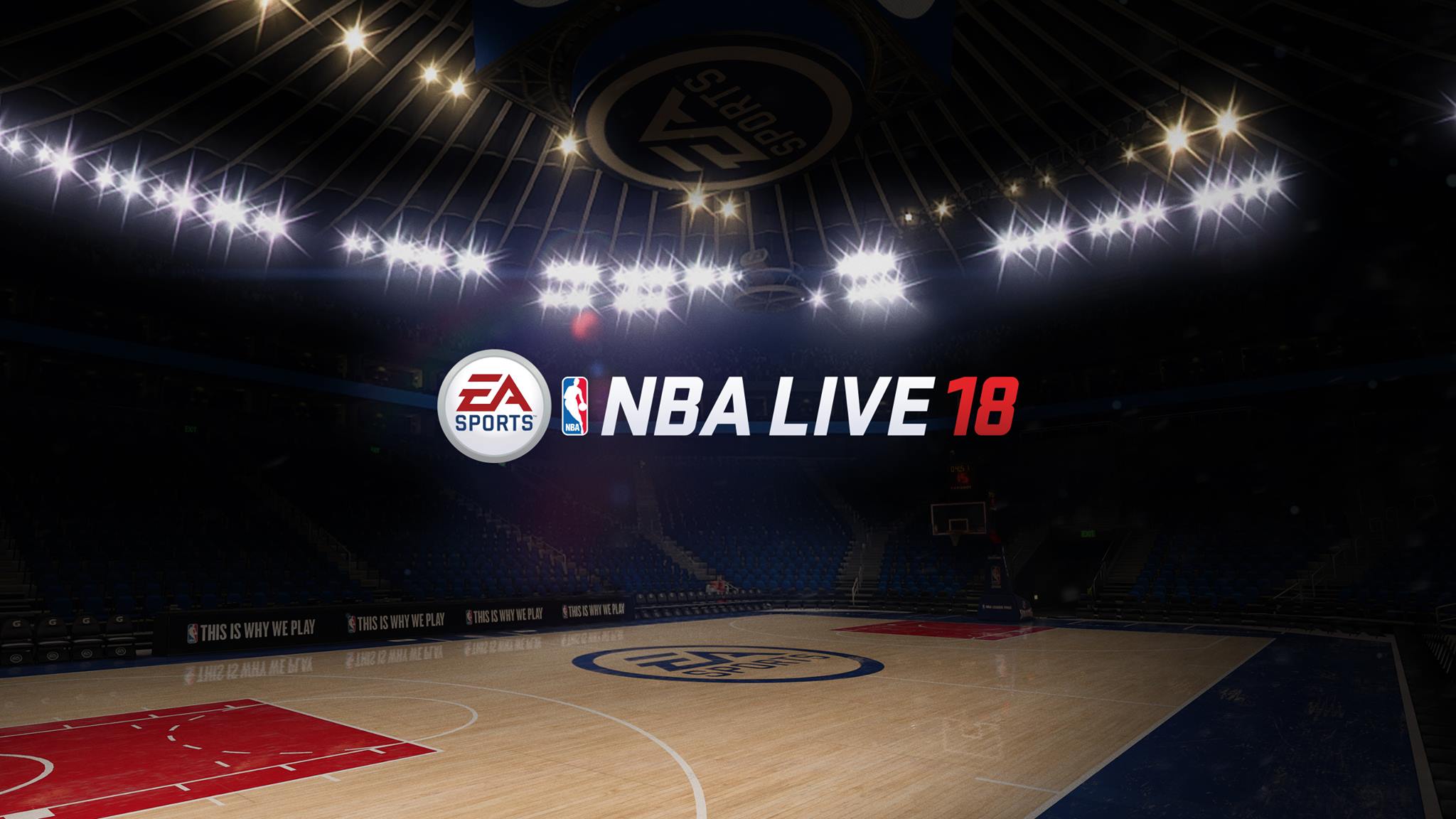 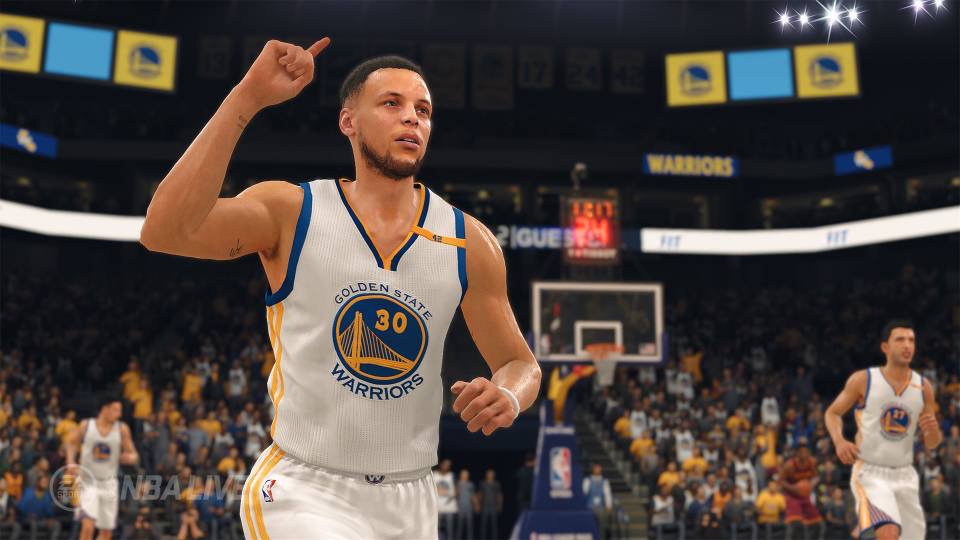 We all aspire to be more than we are from the moment we are born we start to want more and do more with time we have picked up billions of small information that helps us shape ourselves into who we want to be. Sometimes life forces us into becoming more or less but in the end we have the choice to change and improve daily and this is what keeps us fighting through any adversity life throws at us. The same can be said about the art form that is Video Game Creation and today I want to touch on a series that has pioneered sports over and over and went through tons of trails and tribulations.

The NBA Live series has been around since 1994 and provided some of the most innovative game features as the years went by and today we won’t dive into all of them but here are a few I can name just from memory. One button passing to teammates, while this is a standard for all Basketball games now NBA Live 1998 was the first to create this. There was also the first to create dribble moves with the analog sticks, First 3d models on the court and First updatable rosters. This and much more have been what Made EA’s NBA Live series well respected. I personally grew up to the series but the fact is that you cannot deny they fell off for a few years. In 2011 until 2014 they didn’t release a game and when they did it was kind of a empty shell needing a lot of work. We can blame the market and or developers but facts are facts the series suffered and fans like me also suffered. 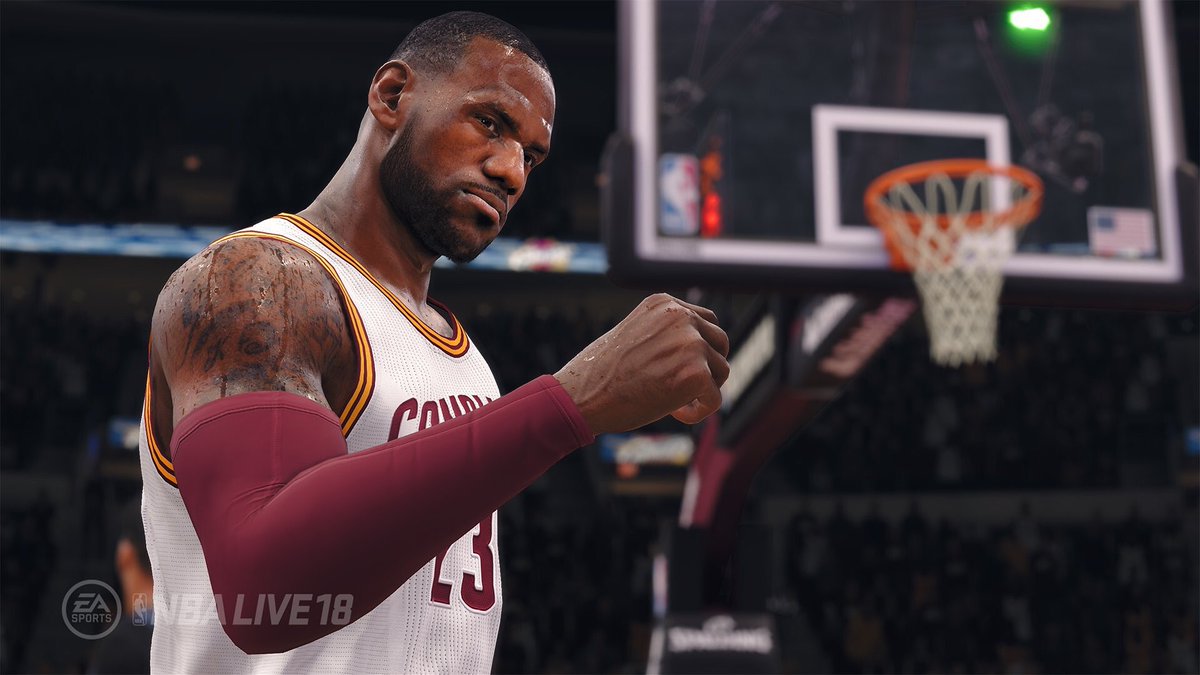 After the burn out and change of many parts we are in 2017 and we got a glimpse into NBA Live 18 and It looks to want to take back the throne. While the competition focuses on its Street ball and its the only thing holding it together NBA Live looks to mix it all into one big experience and progression system Called The One. Its providing players the freedom to do what they want and progress on their pace and liking. 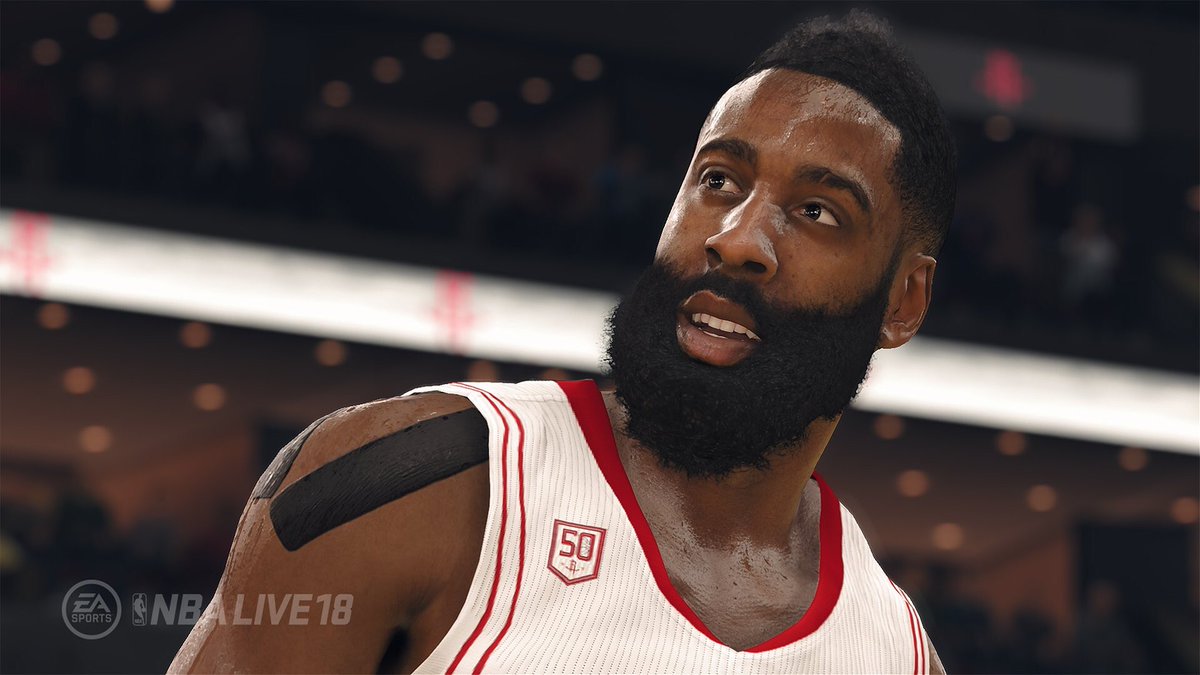 How so you ask? It’s your choice grind and rise through the ranks in THE STREETS and THE LEAGUE, with a new and always authentic basketball experience in NBA Live 18 the choices you make and skill you acquire will define your legacy. There are things like NBA games and seasons, PRO AM is back, Street ball across the official courts around the globe and even the Drew league. All of this is your choice to play what you want and progress as you feel fit. This really makes for a fun experience giving players freedom. I myself love the official NBA games and grinding in a 12 minute quarters to see who really knows how to play and coach as fouls and timeouts can play a huge factor in long games. This said I will being running tons of NBA games and doing a lot of this to level up my character.

Speaking of character they have an amazing new feature that I personally feel can change the gaming to new heights with a feature called PlayStyle. What Playstyle offers is unique skills and abilities for each player style. A few examples A PG with a Stephen curry ability is offensive point shooter and his ability is Give and Take which is when Getting an assist it gives you a stackable boost to your 3pt shooting ability on the flip side for a Slasher player like Russell westbrook ability is Driving into the lane and passing to an open teammate will grant a large shooting bonus in catch and shoot situations. These abilities are unique to that playstyle of position. Let’s get into Centers like Deandre jordan he is a INTIMIDATOR their ability is Your presence anywhere near the paint will force opponents to shoot less accurately around the basket. While D cousins ability is HOT IN THE POST – Scoring in the post increases the effectiveness of your post moves as well as your shooting accuracy in the post.There is too many to name but the point is combining this with a few friends can make for interesting gameplay.

Adding the NBA Live awesome Gameplay mechanics on One on Ones, dribble freedom, the new Defensive system to counter offensive moves, Promising more Animations ever, Already greta franchise, ultimate teams and much more it’s turning out to be a interesting year for NBA Games. One feature is the Live Events whether it’s Solo, coop or multiplayer this offers uniquely crafted LIVE Events offering new challenges and rewards all year long. There is alot NBA Live will offer my only question is will 2K players wake up and see where the real NBA gamers should be? I said it but not in a hateful way. I am glad 2K kept a lot of gamers entertained but it never satisfied me with real NBA ball and right now NBA LIVE is the only game looking to bring back real NBA simulator back with authentic gameplay. My purpose for writing this isn’t about bashing 2K or even lifting NBA Live. I honestly just want to enjoy a NBA Video game that doesn’t have bad gameplay like 2K or bad animations like NBA Live 16. Im fed up with these low standards NBA fans have come to, its so bad that NBA Playgrounds was inspired from it all being a hot mess. 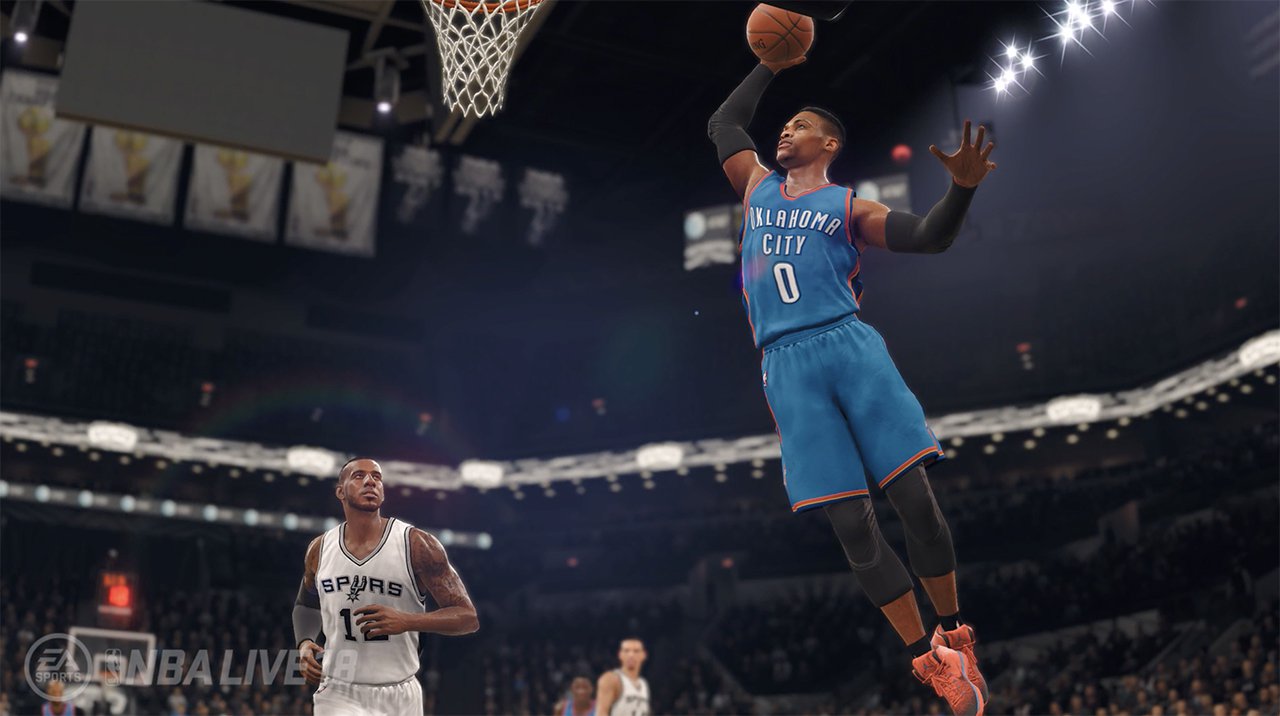 I believe in NBA Live so I am having faith they are going to deliver and in this small write up I touch on all we know about NBA Live but more will follow and I will update this article. The key footage is how great the game looks but more so the deep focus on details. Showing that this isn’t a quick market snatch and grab, NBA Live looks to be the kings of NBA Video games and I am excited for what’s to come. Games like NBA 2k has a lot of work cut out to impress me as they barely change a thing gameplay wise and it usually isn’t worth giving my hours to. Just like a sony or microsoft debate I careless about loyalty I just want excellence as I spend thousands a year in video games we deserve nothing but the best weather its Xbox, Playstation, Nintendo all that matters is that players like myself enjoy the experience. I been critical with both NBA Live and 2K for their flaws because my loyalty is to myself. I deserve the best NBA game possible and fans need to be vocal about these issues with games so we can all get what we deserve, This said you need to support NBA Live and give them a chance to prove the naysayers wrong and show your interest. Feedback and more that’s what we do for our communities to improve them. Just like I said in the beginning we all aspire to be more than we are and NBA LIVE aspires to be the king of the NBA Games again. Lets see whats coming. Enjoy E3 folks. 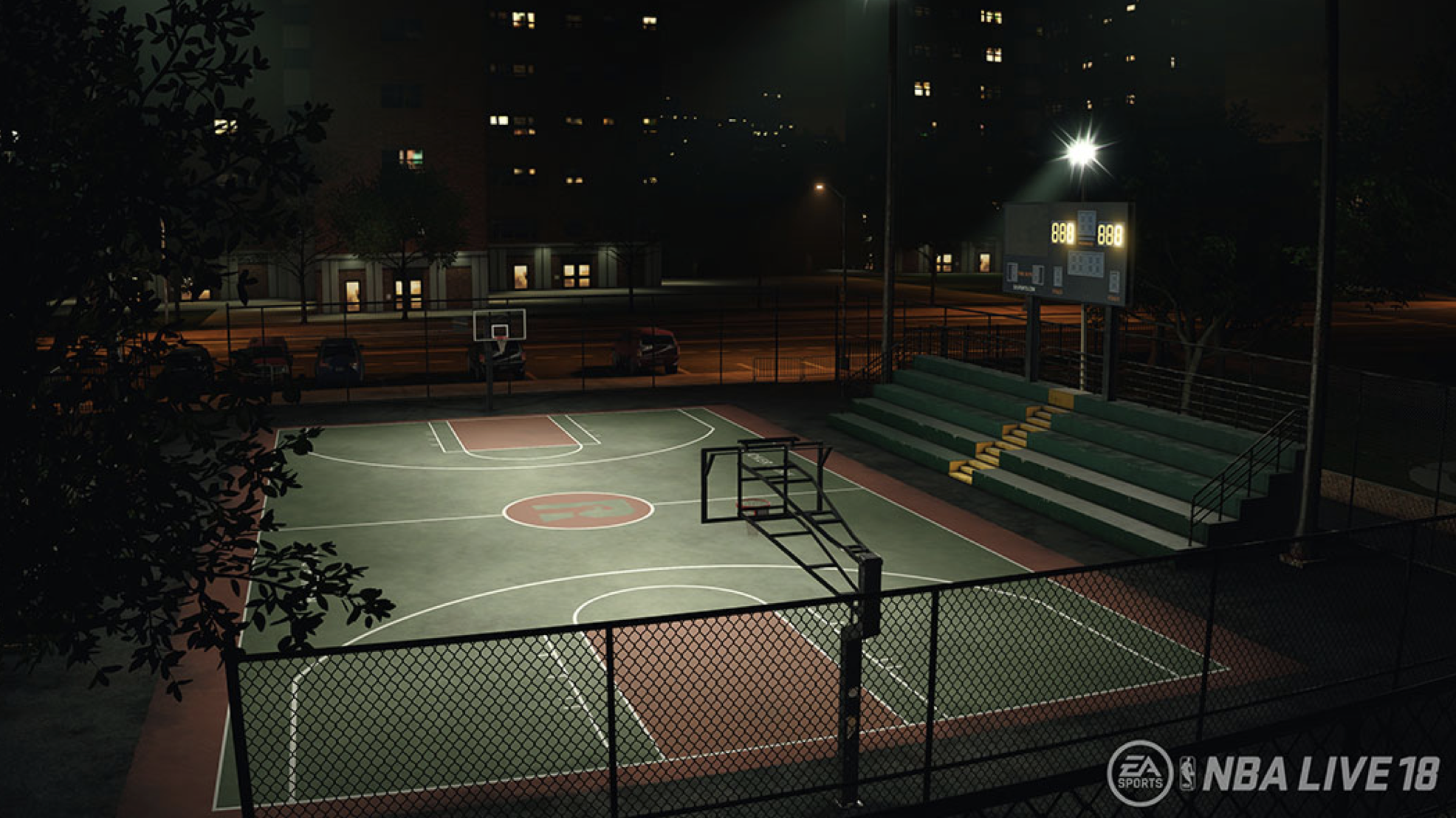 Side note there will be a Demo in August and players will get to test out THE ONE in full effect and the progress will be kept so get ready to ball up, See you at the one.

One more thing for the CM DG, its about that time you see ” The Original ” back in action. Looking to spread love throughout the NBA LIVE community. Lets get it.