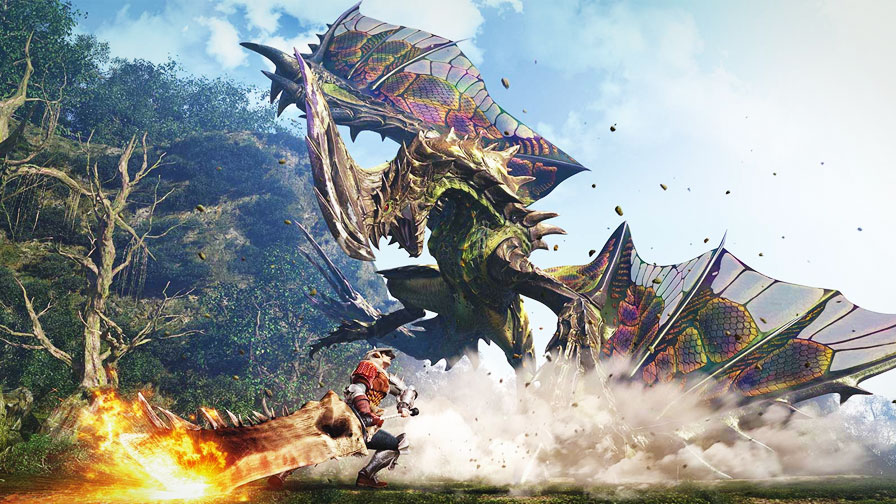 As you may or may not know, the Paris Games Week 2017 has been going on and I have to say it’s been great thus far especially in the PlayStation department. Yes, Capcom isn’t a first party developer for PlayStation but the beloved Monster Hunter series was birthed on the PlayStation brand before it ventured off to PC and Nintendo.

Now Monster Hunter World is set for a January 26th, 2018 released date and has boasted more than enough hype to have hunters both old and new excited for this next installment in the franchise. At PGW 2017, Capcom revealed some amazing new footage on the title and the exclusive Aloy skin only to be featured on the PlayStation 4 version of Monster Hunter World. Check out the trailer from PGW 2017 below.

This title definitely has my fan boy heart as I’ve been playing the particular franchise since it’s start on PlayStation 2. But to make things even better, the official Monster Hunter Twitter account tweeted that there will be a beta for all PlayStation Plus Users December 9th, 2017. The fine print even states it’ll last 3 days which would mean it ends December 12th, 2017. Time and time zones for official start times haven’t be stated.

Now there is no information stating they will or will not have a beta for other platforms, so there’s still hope. However, it wouldn’t be unlikely for Capcom’s Monster Hunter to want to give back to the brand it debuted on for several years and then left for several more and now is making its way back to the platform.

How are you liking what’s been shown on Monster Hunter World so far? Are you a returning fan or new to the franchise? Leave us your comments below.