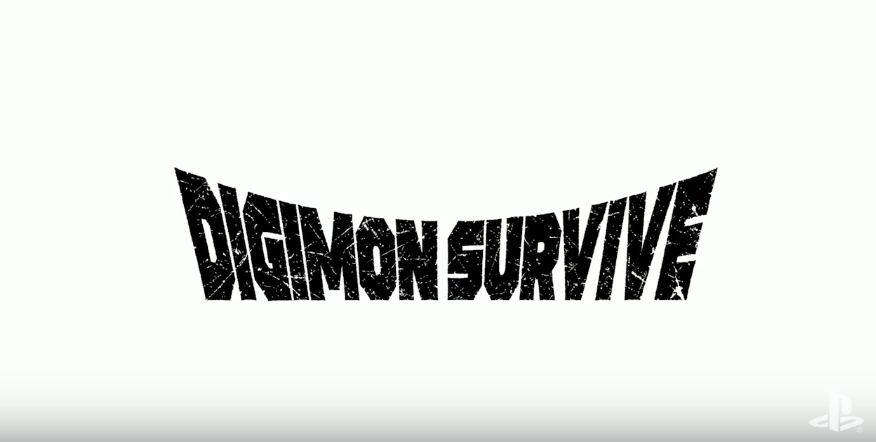 In Digimon news, today, a press release was… released and it described a new survival RPG coming to all platforms including the PlayStation 4, Xbox One, Nintendo Switch, and PC.

We know close to nothing at this point, but the name and some of the game’s features along with its focus. 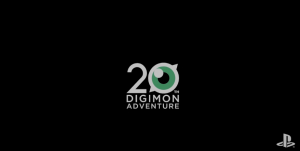 (All images used in this article are from the announcement trailer on PlayStation’s YouTube channel. I, nor MAGGamer are affiliated with PlayStation and we do not own the video).

The general gist of the story much resembles the first anime’s story as in the game we follow a new set of teenagers (classic!), designed by Takuma Momozuka, who get lost while on a school camping trip (classic!), who are then transported into a strange world of monsters…  (classic x3!) and danger…

That “danger” part is really a new element when it comes to prior Digimon games — or at least those I’ve played and subsequently researched.

It seems like this Digimon game takes it up a notch on the emotional scale. It’s emphasized by the beautiful score with equally beautiful lead singing the melody. I was frankly at a loss for words when I heard it the first time. Closing my eyes and leaving “myself” for while, as the music carried me on a very emotional trip…  Then I decided to look up and saw, in the classic visual novel style, a dialogue with Agumon, and I couldn’t help but think, “this looks extremely beautiful!” 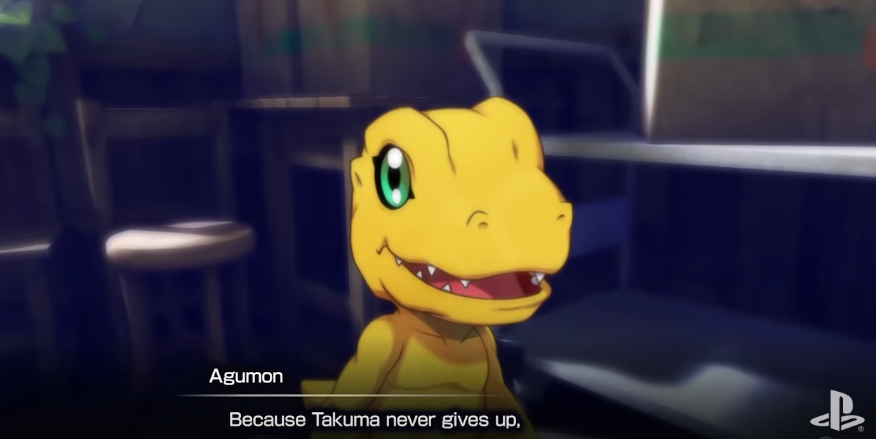 From the trailer, it’s plain to see that the game uses a tile-based battle system, maybe even with added features elevation, flying mechanics, and oh-so-much more!

Of course, until Bandai Namco provides us with more information, we can but speculate. However, what we do know about the style of the game, is that: 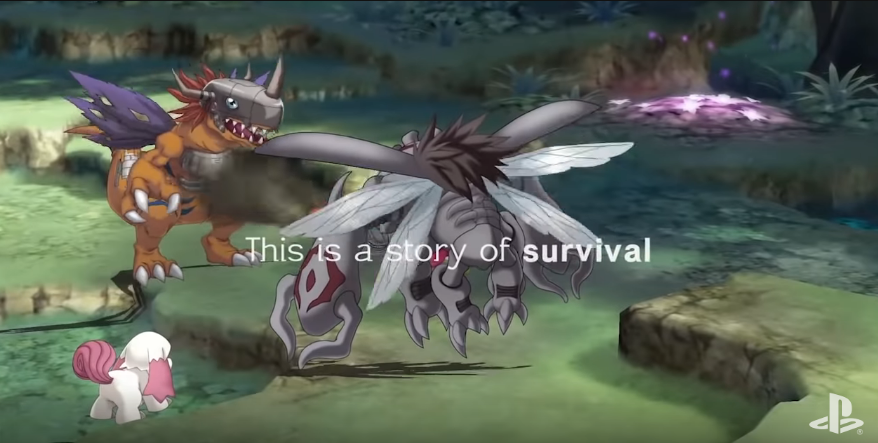