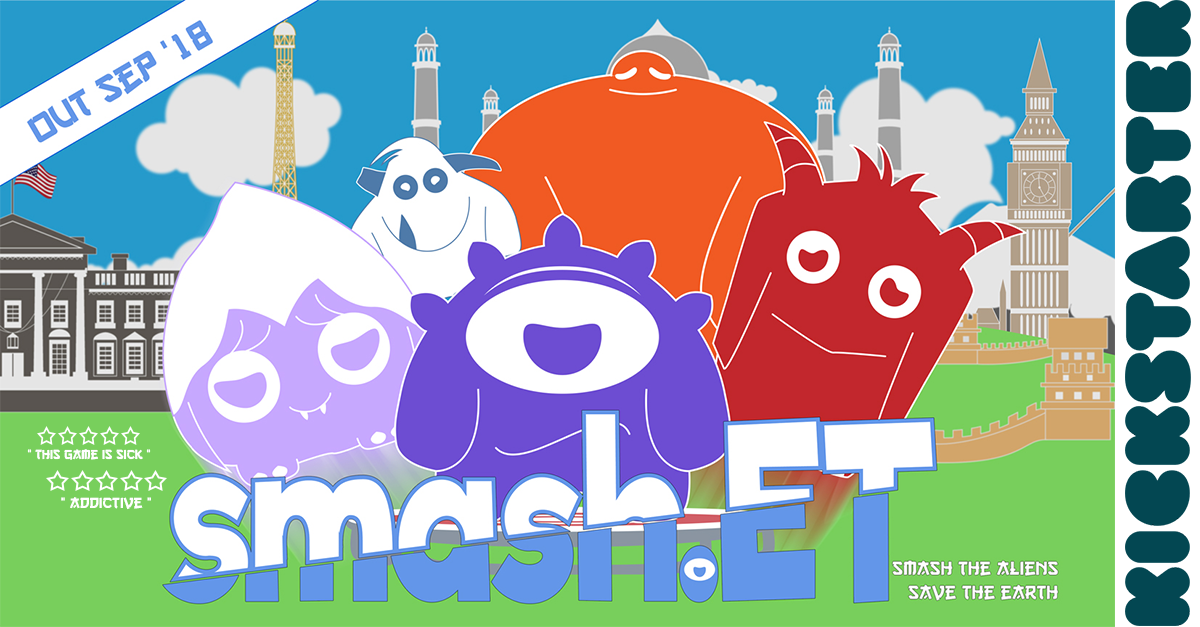 Today, we’re talking about smashET. A game created by Winsche Studios, a UK-based indie game studio, focusing on discovering new possibilities and implementing them in our gaming experience.

I’ve chatted with the studio’s founder, Adam Winczewski, who founded Winsche Studios in order to live out his passion for coding, designing, and video games! He, along with his small team, have created a state-of-the-art AI engine called ODY, which you’ll be able to experience, to its fullest extent, in smashET.

(Just going to put their Kickstarter page here all sneakily…)

(And while I’m at it, here’s their website too…)

To get the facts out of the way first, smashET is…

However, the prime focus of smashET is… 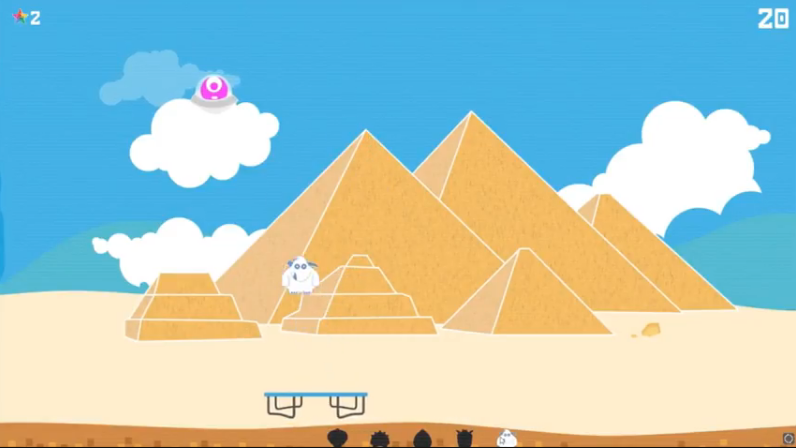 The core gameplay, just to briefly go over it, is that you’re supposed to send cute monsters into space to destroy alien ships… your method of “transportation” you ask? A trampoline.

The end goal is quite simple: save the world — or, to be more precise — 100 landmarks from being totalled, while destroying the alien spaceships. Simple, yet effective.

The founder, Adam Winczewski states that…

“We approached this game design from [an] unusual angle. We started by understanding how colour, shapes, and music affects the human mind.”

Their approach to game design is more experience-focused rather than any of the three stables: story, gameplay, or graphics. Adam, on the matter of game design, says…

“We do not want to just design games, we always start with the experience.”

And I think that’s honourable. He’s not really set — or boxed-in — on what to make. Moreover, he’s determined to start off and see what plays, works, and feels the best.

It’s a good perspective to have on game design, and it also explains (somewhat) why a game líke smashET is made.

Because something just felt right. And maybe because anxiety relief, and the challenge of tackling it may also be a personal effort or a professional one. More on this in a separate post! 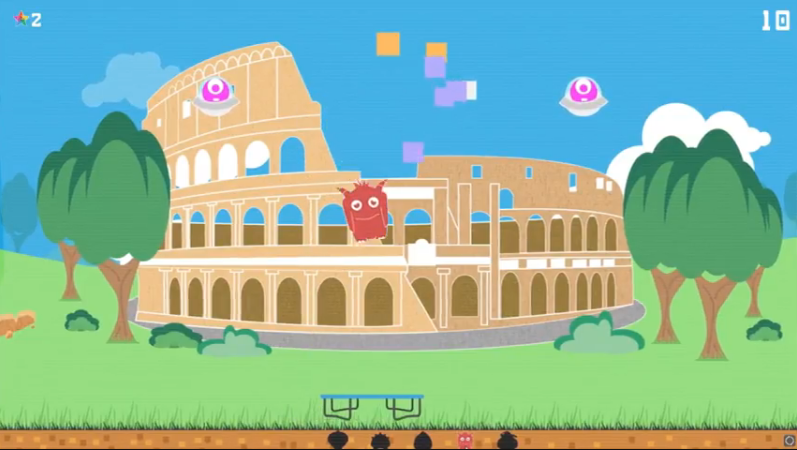 But, let’s, just for a bit, rounding this article off, talk about the heart of the matter. Anxiety and why this game and monaural beats are so important!

The science behind the game was from a study, published by The US National Library of Medicine and carried out by Leila Chaieb. According to the study…

“[The] Application of auditory beat stimulation has been speculated to provide a promising new tool with which to alleviate symptoms of anxiety and to enhance cognition.”

Meaning that it lesses or reduces the symptoms of anxiety. Winsche Studios has with this study, created their game to alleviate anxiety.

The study states that…

“We aimed to target states related to anxiety levels and general well-being, in addition to long-term and working memory processes, using monaural beats.”

You can read the study here if you want to — it’s quite fascinating, but also a bit dry. The short version of it is that through study tests with healthy human participants when exposed to different beats with different frequencies, the monaural beat was found to actually receive the most positive feedback. 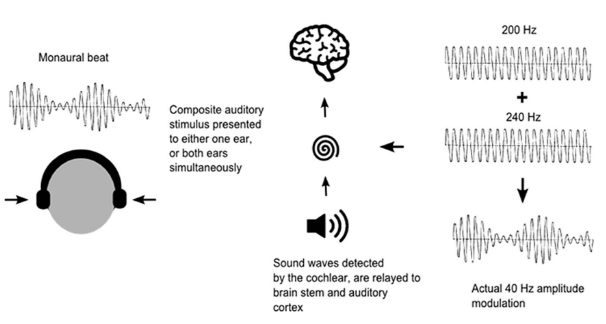 With the growing amount of people suffering from either depression, anxiety, or stress, Winsche Studios with their game, smashET, tries to face today’s struggles, hoping that their game, at least to some extent, can provide people with much-needed relief!

The game is going to be on Kickstarter, as Adam sees crowdfunding as an awesome opportunity to bring smashET to the world.

Their Kickstarter launches 02/07-2018 — or just around the corner! I’ve already linked to the site at the start, but if you’ve reached this far, you can just click the link below!

But tell me what you think! Have you or do you know anyone who suffers from anxiety? Would you recommend this game to them? Let me know in the comments down below!