The magazine is, of course, Shonen Jump, SJ for short, published by Viz Media.

Now, if you don’t like or care for manga — you haven’t read them, played their games or seen anime-shows based on them… this will possibly be less than interesting to you…

However… if you care for superpowered heroes fighting alien villains over the course of up to +300 episodes, good humour, and sometimes very emotional moments. Then this sort of game might just float your boat like the Titanic without the iceberg.

To get to the chase… you’d want this game (as badly as I) if you like either Naruto, One Piece, Dragon Ball, and so many more mangas and animes — or all of them.

The game is also, for all honour’s sake, made because the magazine, Shonen Jump, has had its 50th anniversary — and that is truly cause for celebration! 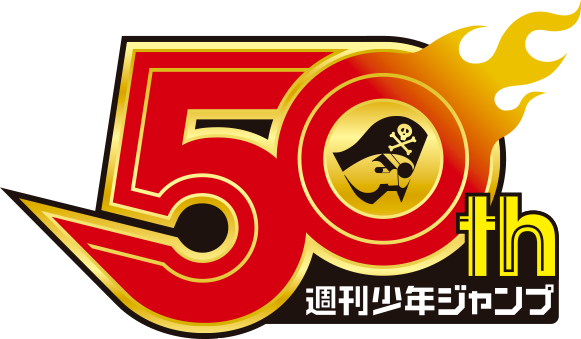 Since the game hasn’t got a release date, an ESRB-rating, or much other than two short, but beautiful trailers from E3 2018.

So, let’s take a look at the trailers, talk about it for a bit, and then we’ll just end this as happy little bees because this game, which is honouring the legacy of what I can only call “powerful”, is going to be amazing. Nothing short of amazing.

Right off the bat, we’re told that…

“There worlds that exist separate from our own, where the impossible is real. They consist of both good and evil. These worlds were never meant to meet.”

Which can only mean the heroes from our favourite manga and anime are not fighting in their worlds but rather, we’re fighting on our Earth! Aside from the narrative problem of… “how-the-hell-are-we-going-to-create-a-cohesive-and-not-overtly-reaching-story while-still-maintaining-a-believe-yet-true-to-our-characters-story”.

Aside from that… I’m not really worried! This is looking awesome already! Not just awesome, but emotional, powerful, and daring too!

We, of course, see Naruto, Goku, Frieza, and more battling each other in what looks like New York or some other kind of big-city. This could be hinting at the all-too-possible “Duel Mode”. We see Goku’s Super Saiyan form, meaning there will be transformations. We see all the hero- and manga-specific abilities used, meaning balancing this game is going to be a pain for the developers, but I’m sure they’ll find a way to make all characters feel powerful yet unique too.

Let’s have a peek at the Jump Force’s second trailer, the gameplay demo:

And my-my… if the announcement trailer hadn’t looked beautiful enough, this will surely prove that Jump Force just might become the prettiest-3D-near-photorealistic fighting game of all time! I mean it’s gorgeous! The flames, the punches, the impact, and the surges of power, which like fire, ignite, as they go at it with each other!

From what we can see here, the game will most likely be 3v3 — much like the Naruto Ultimate Ninja-series.

We also see, ultimate attacks used, like Naruto’s Nine-Tails just obliterating everyone! Talking about the abilities, it seems like much of the beauty is going to be from… “sparkles” — not that it’s bad at all. It looks beautiful and distinct, further matching the HD graphics.

A thing I noticed is that, in this trailer at least, the attacks don’t do much damage — not even Goku’s Spirit Bomb + SSJ finisher. However, it does seem like you only have one health bar.

There doesn’t seem to be much of environmental destruction, but of course, some of the environments in the trailer (besides the New York-styled stage) are grasslands or at least, somewhat flat places.

The game seems so brutal and powerful, yet you really have to be on guard as your enemy just flies by you in a matter of milliseconds! Fast-paced fighting? Check.

The style of fighting reminds me of both the previous Dragon Ball games like Budokai Tenkaichi-series because of its 3D roaming, dashing towards your enemy, and flying through the skies. However, it also reminds me of the Naruto Ultimate Ninja-series. Personally, I favour Dragon Ball whether it’s Budokai, XenoVerse, or Raging Blast more than the Naruto-series. It’s mostly due to nostalgia, but I feel the simpleness of Ultimate Ninja is too simple and doesn’t allow for much more than button-mashing.

My questions for this game — which I’m absolutely going to drool over in the next months — are:

Okay, the last one isn’t so much about the game, but really because I find this game pressing all the right buttons, pulling at my nerdiness-strings.

But tell me, are you ready? Who are you hoping to make the cut? Tell me in the comments below!