One of the many lines that I never get tired of hearing in Left 4 Dead. If you ever need to play a 4-player co-op first person shooter game that involves teamwork and communication, Left 4 Dead is definitely a must play. Plus, you get to kill a lot of zombies! From the creators of Half-Life, Counter Strike, Team Fortress, and Portal, Valve released Left 4 Dead back in 2008. I remember the first time I picked up my Left 4 Dead copy….It was during the summer of ’09 when I just finished school and wanted to take a break to waste a lot of time. I had no idea what Left 4 Dead was and just started to play online games. I remember playing the Dead Air campaign with a local friend, split screen. I was walking down the hallway of the second chapter of the Dead Air campaign. It was dark and eerie. Off in the distance I heard a woman crying. Confused, I went to search for this person only to find out it was a Witch ready to incapacitate me with one swipe of her long claws. I quickly learned my lesson not to mess with the Witch, unless I have a shotgun pointed right at her face (cr0wnd).

This game has created many memories for me and my friends. I met a lot of different people throughout the time I spent doing competitive gaming on GameBattles and just hopping into random lobbies with the intention to “pub stomp”. Left 4 Dead offers the opportunity to work with a team and create strategies that harbor a new experience each campaign. Nothing is the same the next time you go through a campaign;Left 4 Dead has an AI director that decides to punish you, or “praise” you. I say this, because in the Campaign game mode you can have multiple Witches and Tanks Spawn in one chapter. 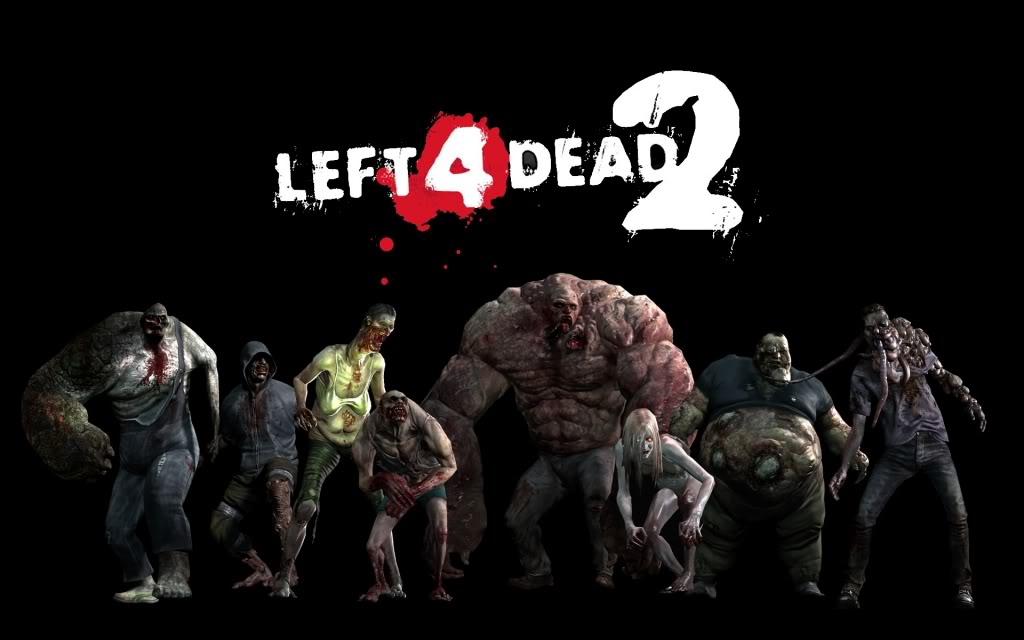 In Versus Mode you play 4 vs. 4, one team as survivors and the other as the Special Infected. There are several different types of infected that you can play as in Versus mode as shown here. Rule of thumb is to play through the Campaign modes and become familiar with the layout of the maps before you jump into Versus. In the event that both teams do make it to the safe room (end of level), the winner of the round is picked based off of damage done to the Survivors. This is where being strategic comes in handy. There are a plethora of different ways to orchestrate a game ending attack, such as charging someone off of a bridge as the Charger which is known as an “instant kill”. And of course there are plenty of ways to make a game ending move as a Survivor. It’s always best to say near your teammates, communicate, and most importantly, LISTEN. One of the worst things you could do is run ahead too far and leave your teammates to die at the hands of the Special Infected and zombie horde.

With all the zombie craze going on, if you haven’t played yet, I would suggest picking up a copy when you get the chance. Steam has sales all the time for Left 4 Dead  and Left 4 Dead 2. At my local GameStop they sell a copy for $20. Get your friends together and kick ass.

God of War Ragnarok: The Realms at War Walkthrough

God of War Ragnarok: The Realms at War Walkthrough