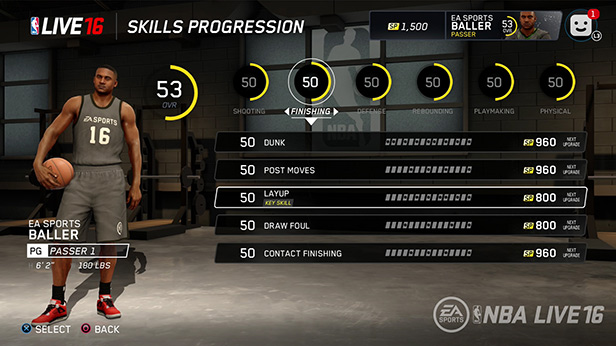 I feel like NBA live 17 they did a lot of things great from customizing your character to playing online on the black top. I love the challenges they put in that will help not only level up your player but unlock new gear for your character. The mechanics were also well done playing 5v5 calling plays was done well and characters well for the most part responsive, always looking to set screens and be in motion. 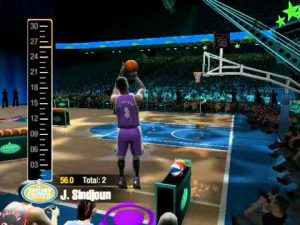 But there is still room to improve bringing back the 3 point contest and dunk contest will be a luxury to have but well appreciated. They would need to improve on player animations in the game adding additional animations for players that are in the paint weather posting or defending.

But what NBA live really lacked was the career mode. Unlike NBA 2k who have built a great career mode for players to enjoy and develop there creative player. NBA 2k’s structure for career mode is already becoming redundant, bland and we the players need something new to look forward to when it comes to NBA games. We need not just improved graphics and gameplay, But a new mode we can dive into, get lost in. All while developing our characters and going online to face off on the black top. 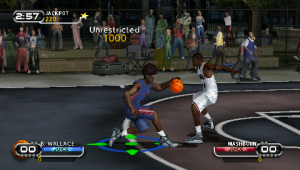 I believe that if NBA live took the structure of NBA ballers and found a way to incorporate it in there creative player mode. It will be something that will not just drive players back to the franchise but will allow NBA Live to once again hold there own in the space of NBA sport video games.

Picture having a world you can explore and move around in. That will give you the freedom of exploration and building up your character. Starting off as a street kid with a dream. Meeting other NBA players that play your position that can give you tips and show you new moves. The player can then use this new learned skills to develop and add to there characters arsenal as oppose to just picking it on a menu. Going to try outs to then become drafted to the NBA and then the journey begins.

Playing in the NBA developing your character outside of the NBA to then eventually winning championships this is just me brain storming, but i believe it will be a great start. Playing real NBA players on the black top, like in NBA live 17 pro am but much improved. Have 5v5 3v3 and 1v1 within the story mode. Giving the story mode variety and pushing the player to not just become a better player but get the option to enjoy something new.