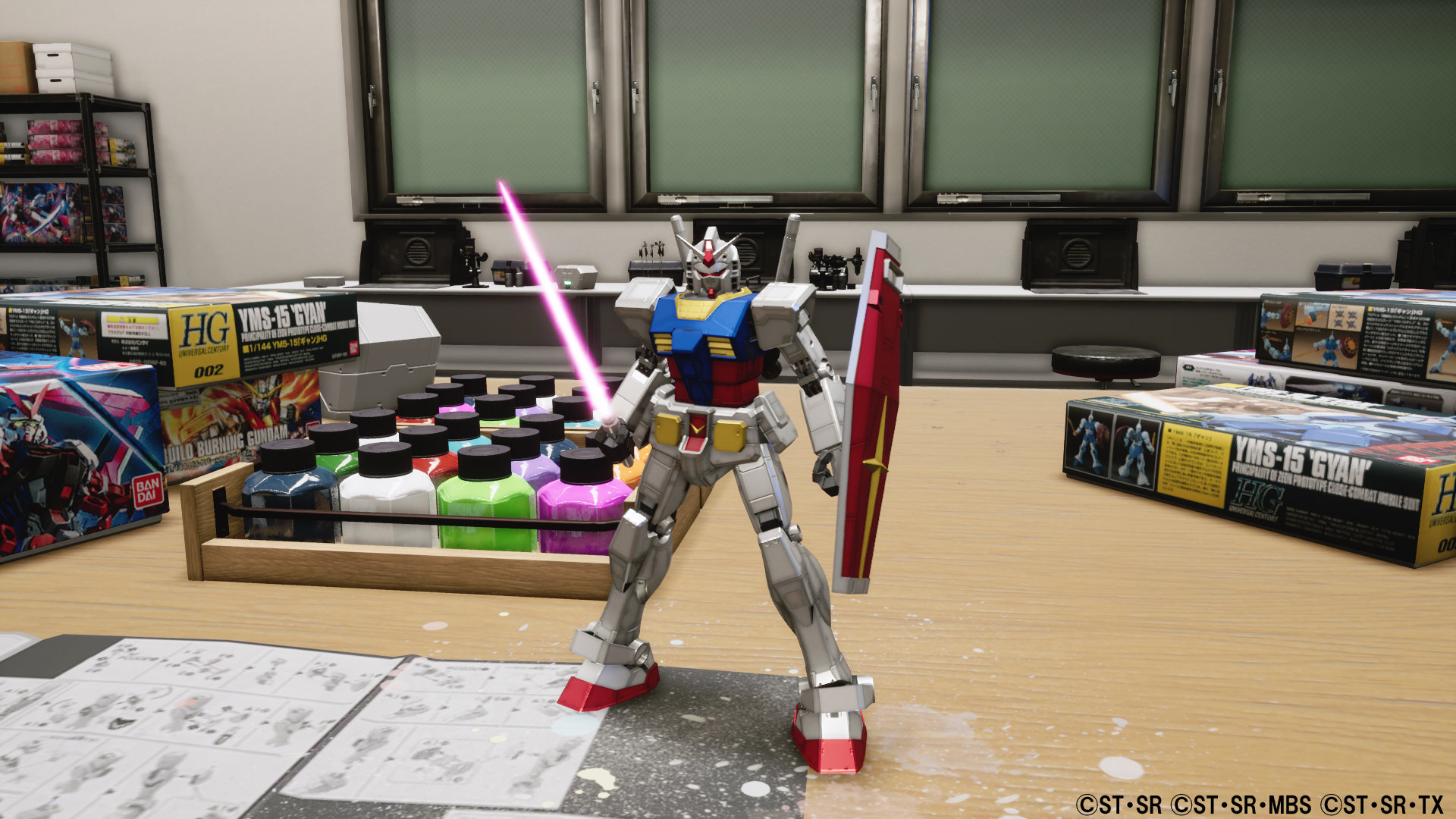 If you familiar with Gundam Build Divers anime , then you will know what is the game is all about.

It is an exciting concept that you build your own Gunpla (robot), and battle it out on certain terrain.

BREAK!
Salvage as many body parts, weapons and etc from fallen enemies and big bosses from battle.

BUILD!
Build and customize  your  own Gunpla to suit your fighting style .

BATTLE!
To engage in battle or team battle of 3 vs 3  Co-Op Mode!