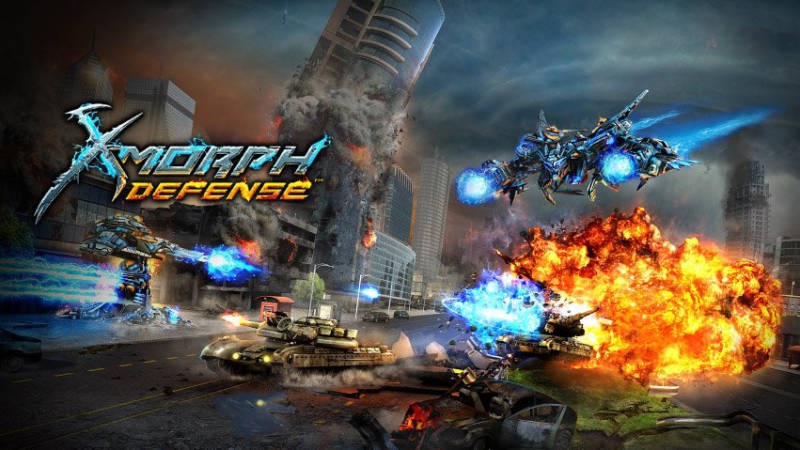 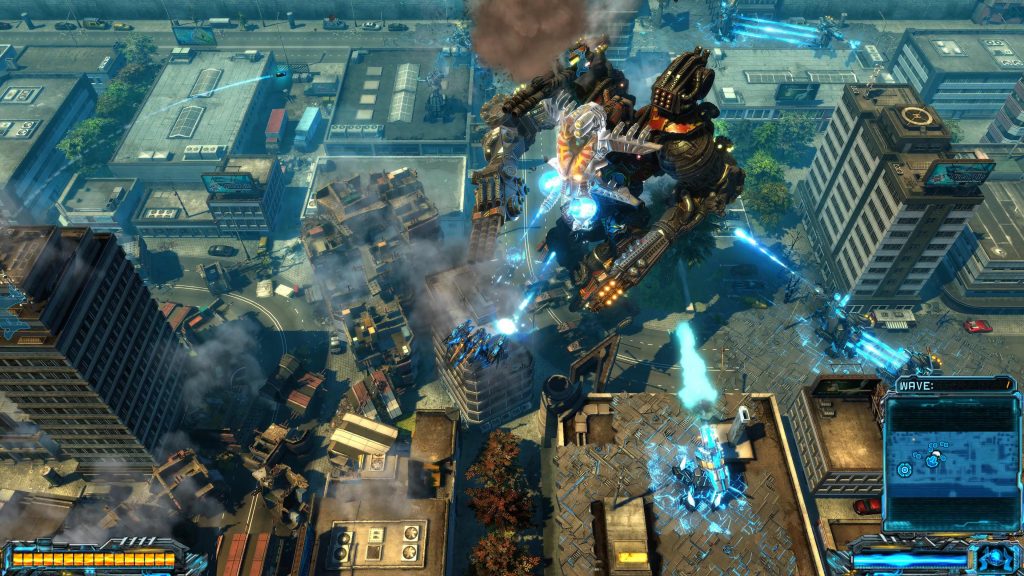 First I would like to start by saying any tower defense game that lets you be more than a point and build is a plus in my book. Being able to still control a character and use them to back up the placed tower defenses just gives the game that sort of “lead by example” real feel to it. Not only are you a builder but a defender, protecting the objective and leading the charge. X-Morph: Defense is a top down shooter combined with tower defense gameplay. The game was crafted by the developers at Exor Studios. This game easily caught my attention because it reminded me of a older game featured on the Sega Saturn where you also piloted a fighter except you started in space and fought your way back on to Earth to reclaim the planet. In X-Morph: Defense you pilot an alien fighter with multiple capabilities and setup tower defenses strategically to overcome the hordes wanting to destroy your harvesters. Your goal is to take over the planet from the humans that inhabit it and claim its resources. A few nice features of the game is there is no time limit during the planning phase, so you can truly study and plan out your next move to halt the next enemy attack. Also not only can you build tower defensives, but you can also pilot a fighter and get involved in heated battles to help grasp another victory. Tower defenses can be placed anywhere and there are plenty of destructibles throughout the map’s layout. The game will also feature Local Co-Op, giving you and your couch buddy the opportunity to tag team the specially designed Co-Op missions. Co-Op missions are also harder, bringing you and a pal greater challenges to face. X-Morph: Defense also features boss battles, though it is not stated if the boss can appear at anytime or if their solely the very last wave of every mission. X-Morph: Defense has no set release date as of yet, but will be playable via Steam, Xbox One and PlayStation 4. For more on X-Morph: Defense be sure to keep it locked right here on MagGamer.