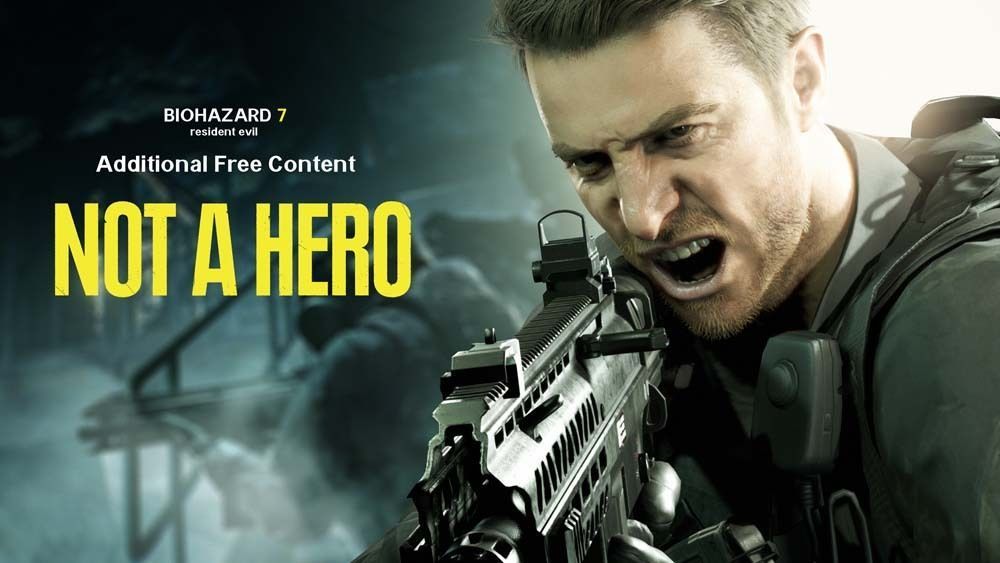 I’m sure after we all completed (with myself being somewhat months delayed) the outstanding Resident Evil 7, we were all somewhat excited with the last message after the credits rolled:

Fantastic. This is brilliant. More Resident Evil content to keep me busy! I scoured and scoured the menus’, but couldn’t seem to find this ‘free’ content that was marketed at the end of the game. The somewhat ‘masters’ of hidden paywalls and shady business practises, I felt I hadn’t learnt my lesson since I was extorted to purchase Resident Evil 5’s Versus Mode DLC – despite being locked on the disc.

With the deadline of ‘Spring 2017’ coming and going – it was clear that the anticipated “Not A Hero” seemed to have vanished into obscurity. CAPCOM issued a statement on the official Resident Evil YouTube account.

Although I am gutted that they have missed the deadline of Spring 2017 for the release of the DLC, a part of me is grateful that CAPCOM have quality control – which can’t be said for some developers out there.

Let’s not take away from the fact Resident Evil 7 was a fantastic game and made a lot of die-hard Resident Evil fans regain their faith in the series and the new direction that the company is taking with the franchise.

1 thought on “Resident Evil 7 Free DLC Delayed – “Not A Hero” to “Not Good Enough”, CAPCOM Says”