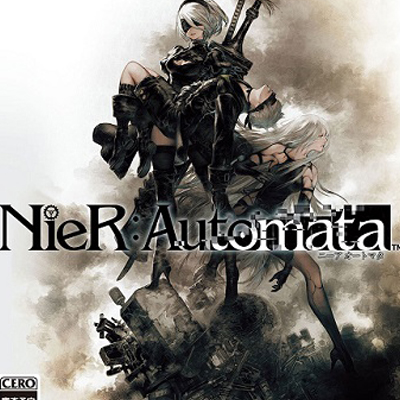 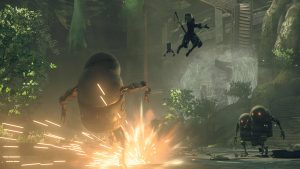 Nier is an action RPG with multiple gameplay mechanics found in other game genres. It is also a spin off of the Drakengard series. Developers Cavia and publishers Square Enix helped bring the game to life releasing it worldwide April 2010 on PlayStation 3 and Xbox 360. Though the game had mixed reviews and wasn’t originally considered to have a sequel, both series’ publisher Square Enix and new series’ development team Platinum Games agreed to build a sequel. NieR Automata is now the next installment in the Nier series and also another spin off of the Drakengard series. Many of Nier’s gameplay mechanics will pass over to NieR Automata and the game will balance out both exploration and fighting scenarios throughout the game. The game’s setting is in a very distant future and puts you in control of the android 2B. There will be a mix of hack and slash and shooting action. A demo is already available and NieR Automata is slated for a full release in Japan February 23rd, 2017 and in North America March 7th, 2017 on PlayStation 4. A Microsoft Windows release is slated for a 2017 release window. There is talk of considering a release on the Xbox One, but nothing is set in stone just yet. If you have played the demo, give us your opinion on it down in the comments. I personally have played it myself and I’m pretty impressed in what it had to offer. Again NieR Automata releases in Japan February 23rd, 2017 and in North America March 7th, 2017 on PlayStation 4. For more information on NieR Automata be sure to keep it locked right here on MagGamer.