Bi-Weekly Recommendations is one time every other week where I’ll sit down and think about one to three games I’ve played that I want to recommend to you!

My recommendation can be based on multiple reasons, ranging from an unbelievable price drop, a hidden gem, a classic, or other like-minded criteria.

I’ll, of course, explain my reasoning to the best of my ability and link to you whatever sites the game can be legally purchased from! 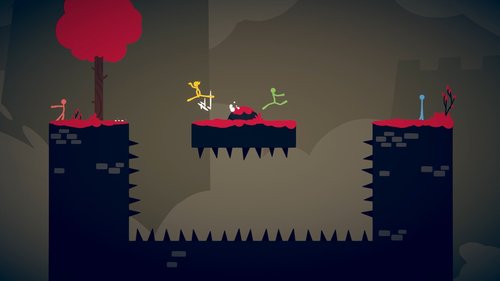 Stick Fight: The Game is a “1990’s and early 2000’s” game in essence as its premise of stickmen fighting each other reminds me of the hundreds of “Stick Fight”-games that flooded Congregate, Newgrounds, and other flash game sites when I was young.

Landfall, its creator, says this about their game:

“They might be 5 inches thick, but they are 17 inches of stupid. After peaceful negotiation breaks down, violence erupts. Stick Fight pits four idiots against each other in physics based combat. Defeat your enemies in order to prove that you are always right, no matter what. Stick Fight: The Game was made by some people at Landfall during their spare time and is published by Landfall.” 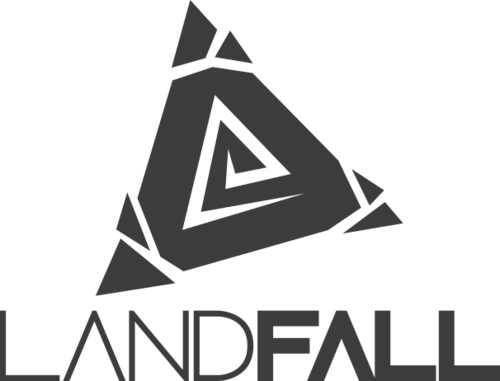 Landfall is also the creator of the weird but weirdly-fun platforming-runner of sorts, Clustertruck — where you jump from truck to truck in high-speed action to reach a goal.

In Stick Fight, you’re not quite jumping from truck to truck, but instead, you’re fighting with up to 3 other people in an intense 4-way battle with shotguns, pistols, explosive gun, rocket guns, snake guns, and much, much more!

In about 80 maps — not including the probably thousands of maps made by the community — can battle both locally, but also online. And, the battling is fun.

Check out this trailer of the game and afterwards, I’ll get into a bit of a bullet-point review of the game!

*If you haven’t read any of my prior reviews, the “Bullet-Point Review” is a returning factor as it covers the four major parts of any game that must complement each other. These are story, gameplay, graphics, and sound/music.

What Grinds My Gears

Stick Fight: The Game is one of those couch games you want friends to play with because it makes the game’s lacking features effortlessly disappear in joyous laughter and monopoly-like competitiveness!

The game controls amazingly smooth, and the fact that the game was made in only a few months during the developers spare time!

However, although this game is so overly great in its simplicity, it lacks one thing. A console port… As I’ve subtly mentioned a couple of times, the game is a great couch game where you can sit down with your friends and just play casually for ten minutes or three hours.

But that’s probably the one thing I dislike about Stick Fight. When that’s said and done, it’s a good, fun, and enjoyable game with smooth controls, an awesome array of weapons, and all in all a great time, just waiting to be had!